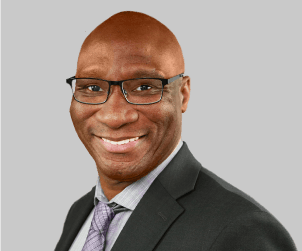 Trust yourself. Be real. Put in the work.

A master in the voiceover and animation industry Everett Oliver’s infectious enthusiasm and ability to intuitively tap into an actor’s soul and pull a performance out of them is one of the biggest reasons for his success.

Trust yourself. Be real. Put in the work. These are some gems of advice voiceover director Everett Oliver emphasizes to those who dream of a career in voice acting. Everett Oliver is described as a people person who loves to connect and network, as he makes it his mission to help people achieve their dreams in the arts. With Everett Oliver, clients get a passionate motivator, informative and performance-driven worker, as well as, an ambitious creator who gives his all when it comes to voiceover work.

Hailing from the Big Apple, Everett Oliver has more than 2 decades of experience in animation production, voiceover casting, talent management and performance directing, which gives him a well-rounded perspective in multiple facets of the business. He graduated with a Bachelor of Arts from Clark Atlanta University and has worked on hit animated primetime shows: The Simpsons, King of the Hill, Men in Black, Jackie Chan Adventures and X-Men Evolution. Over the years, Everett Oliver has attained versatile experiences as: Production Assistant, Production Coordinator, Executive Assistant, Casting Assistant, Casting Coordinator and Casting Associate for many of the aforementioned shows. These versatile experiences span multiple genres.

Currently based in Los Angeles, Everett Oliver has built a career in voiceover, Animation, Career Building, Booth Director (directing actors on auditions at a leading LA Based Talent agency), Remote Auditions, Private One on One Directing and Online Directing. In animation and commercial demo recordings, he’s directed actors on animation characters and commercial projects. With over a decade of experience in voiceover casting with titans of the industry in animation such as Disney, Columbia Tri Star, and Film Roman/Starz, Everett Oliver developed skills that prepared him to put on a director’s hat and bring out the best reads for his clients on their auditions.

As a result of 25 years spent in different areas of animation, the casting arena, and the talent agency side of the business, Everett Oliver has a full perspective of what clients are looking for regarding performances and demos. He’s traveled throughout the US and Canada meeting agents in order to build relationships and get a better understanding of the different reads in other markets across the nation.

Everett Oliver is also a pro at career building which evolved as a natural extension of directing clients for auditions. In this service, he directs clients helping them develop long, rich careers. He travels and educates voice talents about different markets around the nation and critiques their demos. Everett Oliver’s heart is in this service, as it allows him to tap into his natural “motivator mindset”, connect with clients and help them move forward in pursuit of their dreams. He gets to know his clients, help them grow relationships, helping them to move forward in pursuit of their dreams. He brings a unique, positive quality to clients who have self-doubt or need to boost their confidence. In his time of providing career building services to clients, Everett Oliver has booked countless voiceover actors on their first animated series, commercial campaigns, and video games. Everett Oliver also hosts traveling and online voiceover workshops to provide in-person training worldwide.

Talking to his clients, they often describe Everett Oliver as warm, engaging, energetic and intuitive. He brings a personal and encouraging touch to his directing. The favorite part about his work, and one of the most challenging, is seeing an actor who is initially uncomfortable becoming comfortable and self-assured. He believes it’s his job to establish a relaxed environment and a connection with the students. Everett Oliver’s ability to tap inside an actor’s soul and pull a job winning performance from them is one of the biggest reasons for his success. 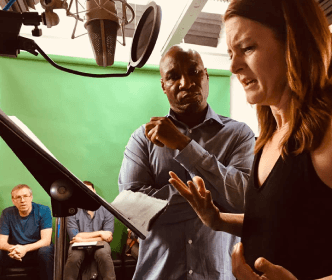 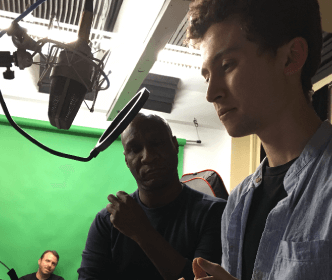 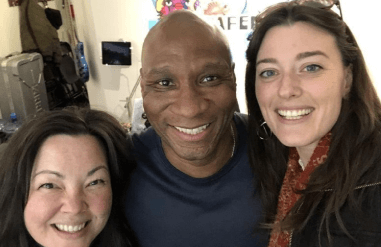 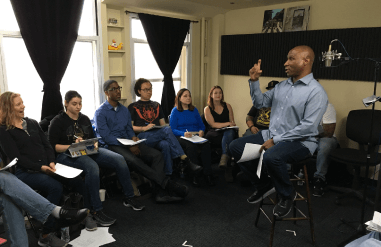